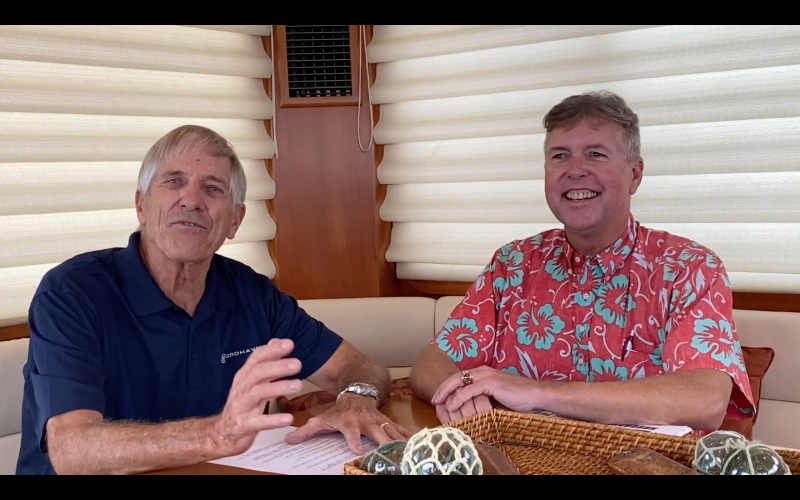 In this special 5-part video series, Jeff is interviewed by Kurt Antonius to reminisce on Jeff’s time spent as the Nordhavn 35 project manager. Kurt has been a longtime friend and client of Jeff’s and they both share an admiration and special bond to the Nordhavn brand.

During his career in the boating industry, both at Nordhavn and through JMYS, Jeff has sold over 100 new and used Nordhavns. He started with Nordhavn in 1999, where he was tasked as the Nordhavn 35 project manager. In this role, Jeff was able to familiarize himself with the entire building process from start to completion. A favorite role was picking and choosing which features to include in the 35 package. These decisions were fun for Jeff – most of which he usually enthusiastically answered “Yes! Let’s do it!”

One of the many reasons why Nordhavn is as successful as they are is because they are constantly challenging their designs and making upgrades and improvements when necessary. They are always in contact with current owners, listening to what they have to say and making the changes necessary to improve the next build.

The 35 was designed with two people in mind. When faced with a decision or question for designing this boat, the bottom line was always “What is best for two people?” The end result was a gorgeous boat with an excellent layout and yet another successful model for the Nordhavn brand.