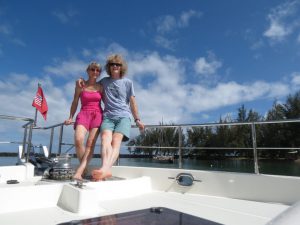 We met Jeff Merrill back in 2004. We didn’t really know what we wanted other than knowing we eventually wanted a longer range boat. Jeff patiently worked with us for years trading pictures, bouncing different options off of us, and showing us new and brokerage boats. Jeff got to know us well, and got good at figuring out what would work and what wouldn’t. He never once said “It’s been six years and you have never so much as bid on a single boat.” He just kept working with us and eventually proposed a deal that really looked like a great fit for our interests. That was when we agreed to buy Nordhavn yacht 5263 series Dirona. At the point of signing, we thanked Jeff profusely for his incredible patience and attention to detail and let him know we really appreciate him getting us the right boat and helping to bring a fairly complex deal together. He laughed and said “Are you kidding? We’re just getting started.”

Jeff was right. As much as he contributed in that first six-year stretch, he really was just getting started. Over the next year and a half, Jeff sent us literally thousands of pictures and contributed hundreds of ideas on how to build, configure, and equip Dirona. He visited with us several times in Seattle to work through the details and went with us to the boat yard in Xiamen China where we spent days placing equipment and improving the details. Nearly 5 years later, Dirona has wound on 4,400 hours and has taken us north to Prince William Sound in Alaska, up the Columbia and Snake River systems to Idaho, south to California, across the Pacific to Hawaii, Palmyra, Fanning Island, the Marquesas Islands, the Tuamotus, the Society Islands, Beveridge Reef, Tonga, Fiji, Vanuatu, New Zealand and Australia. We never thought we would use Dirona this much or travel this far but, having done it, we actually feel we are just getting started. Rarely does a week go by without us commenting on some design feature or equipment choice that Jeff made and thinking how lucky we are. It’s been years since the sale but he stays in contact, still makes recommendations, and still collects ideas from our experience to contribute to future builds. The longer we own Dirona, the more we appreciate the details he has contributed. Jeff specializes in details, he knows Trawlers as well as anyone, and he is incredibly patient and never pushy. We really appreciate Jeff’s contribution to Dirona and helping us get this dream underway. 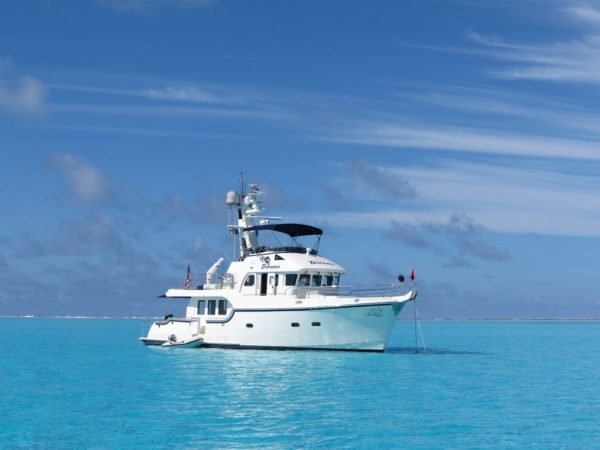